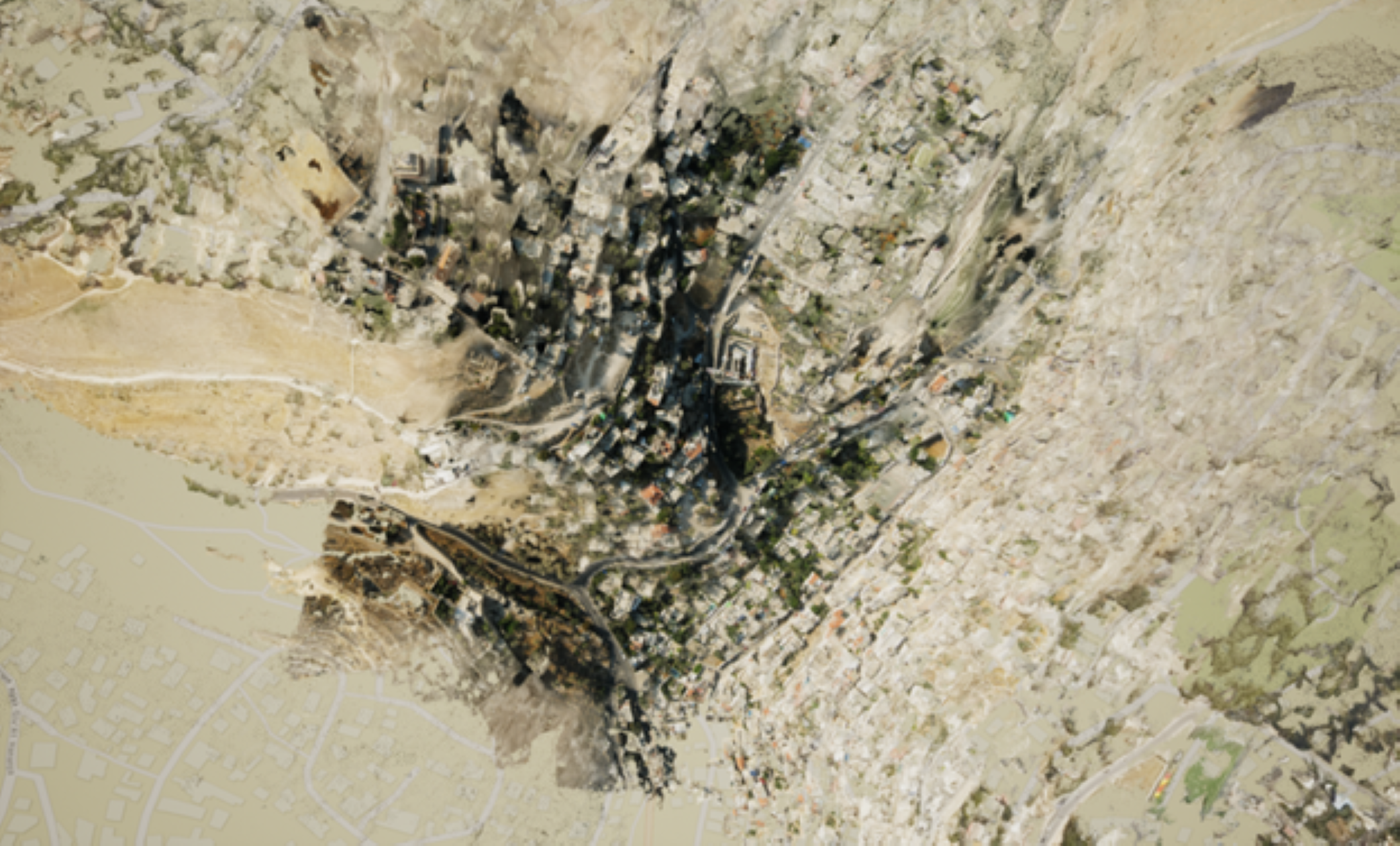 New forms of computational 3D imaging have given rise to a new photographic condition — one in which the flat image is replaced by an omni-directional spatial data constellation, and in which viewing is defined by immersive navigation. Fusing survey and perspectival imaging, optical media has gradually developed to incorporate a multiplicity of images and sources, that are both perspectival and projective, communal, situated and multiple. While primarily developed by states, military and industry, permeating and restructuring them from the inside, it simultaneously opens new spaces for civic-led counter practices.

In this daylong hands-on workshop we will experiment with principles of photogrammetric 3D scanning and its intersections with cartographic workflows.

We will draw on our longstanding ongoing work of mapping and 3D modelling for investigating the colonisation of space and visibility in the contested area of Israel / Palestine. In particular, we will focus on the use of DIY aerial photography, drone imagery and photogrammetry as methodologies for visualising and analysing the technological infrastructure of a No-Fly Zone in this area and its onto-epistemic effects.

Participation in the workshop is limited.

Participants are asked to bring their own laptops and to preinstall the following software:

Hagit Keysar is a researcher and activist, working and teaching in the fields of science and technology studies, critical data studies and digital urbanism. Her research and creative work concern the politics of data and digitization and the political potentials of community-driven science and technology for articulating rights in situations of conflict and colonisation. She has recently been a research fellow at the Weizenbaum institute for the Internet society, Berlin (2019), a postdoc fellow of the Minerva Stiftung (2019-2021) in Berlin’s Natural History Museum and she is currently a postdoc at the Minerva center for Human Rights at the Tel Aviv University.

Ariel Caine is a Jerusalem-born artist and researcher. His practice centres on the intersection of spatial (three-dimensional) photography, modelling and survey technologies, and their operation within the production of cultural memories and national narratives. Ariel is currently a Postdoctoral fellow at the ICI Berlin, undertaking his project “Architectures of the Sensed: Models as Augmented Sites for Resistance”. He received his PhD from the Centre for Research Architecture, Goldsmiths University of London where from 2016–21 he was a project coordinator and researcher at the Forensic Architecture Agency. In 2021–22 he received a postdoctoral research grant from Gerda Henkel Stiftung as part of the speculative cameras and post-visual security projects at Tampere University (Finland).